SHOULD YOU TAKE THE SFSTS (STANDARDIZED FIELD SOBRIETY TESTS)?

SHOULD YOU TAKE THE SFSTs (Standardized Field Sobriety Tests)?

Managing Partner of The Law Offices of Maddox Levine PLLC

When you are stopped/approached by police to investigate whether you are under the influence of drugs/alcohol/combination of both, you will usually be asked to step out of the vehicle to submit to a battery of Standardized Field Sobriety Tests (SFSTs).

But what are these “tests”? Do you have to take them?  What happens if you refuse?  These are all reasonable questions that an officer is unlikely to answer for you when you most need to know/when you are on the side of the road and being asked to submit.

Before, determining if one should submit to testing or not – it is important to know what SFSTs actually are.  The National Highway Traffic Safety Administration (NHTSA) developed a battery of three “scientifically validated” roadside sobriety exercises,  collectively referred to as “SFSTs”.  According to NHTSA, these tests are reliable indicators of psychophysical impairment[1]; however, because the studies used to support the SFSTs have not been ‘peer reviewed’ (which is usually required for something to be deemed “scientifically valid”), the actual reliability of the tests themselves is suspect.  See, Cole & Nowaczyk, Field Sobriety Tests: Are They Designed for Failure? Perceptual and Motor Skills, 1994, 79, 99-104[2].

With that being said, the SFSTs include:  the Horizontal Gaze Nystagmus test (HGN), Walk and Turn test (WT) and One Leg Stand test (OLS).  Each of these tests have specific instructions that must be administered in specified ways before clues of impairment can be noted.  (These tests will be explored more fully in future articles).

The tests are also “divided attention tests”, which means that they are designed to be administered in a way that divides the attention of the suspect and makes assessments about impairment.  For example, one will be asked to stand a certain way while instructed to also answer questions/observe how a test is performed (presumably the suspect will not be able to successfully focus on more than one thing if impaired).

In D.C., as in most other jurisdictions, the administration of SFSTs prior to an arrest is preferred, but not required .  The rationale is pretty straightforward – the law prohibits driving/operating a vehicle while under the influence of drugs/alcohol or a combination thereof,  which means ‘when one’s ability to operate the vehicle is impaired to a degree that can be perceived or noticed‘.  With this standard, an officer can simply make observations that would, under the totality of the circumstances,  indicate that the person was impaired.  For example, does the person being investigated:

These are all observations that an officer can attest to at trial when stating that, based upon his/her training and experience, the driver appeared to be appreciably impaired/impaired to a degree that could be noticed/perceived.

Additionally, there is no enhancement/additional penalty in the criminal code for refusing SFSTs; therefore, SFSTs may be refused.  However, once the test(s) are refused an arrest will usually occur.  The Brightside:  If an arrest is likely to occur for a DUI anyway – it’s best not to provide additional evidence for any prosecution that will follow.

The consequences for refusing the SFSTs are relevant only at sentencing should a conviction follow.  Although an officer may list the charge as “DUI Refusal” on the police report, there is no “refusal” charge specified in the DC Code.

That’s knowledge you can use. 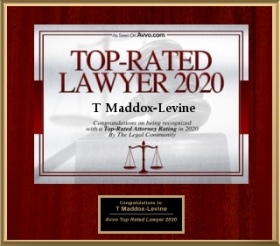 Have you or a loved one been charged with a DUI in Washington, D.C.? If so, it’s time to contact a trusted DUI defense attorney at the Law Offices of Maddox Levine, PLLC.

[2] In 1991, Dr. Spurgeon Cole of Clemson University conducted a study on the accuracy of

had “had too much to drink to drive”; Unknown to the officers, the blood-alcohol

concentration of each of the 21 subjects was .00 percent. The results: 46 percent of the

time the officers gave their opinion that the subject was too inebriated to drive. In other

words, the FSTs were hardly more accurate at predicting intoxication than flipping a

Thanks for subscribing! Please check your email for further instructions.

Something went wrong. Please check your entries and try again.
Scroll To Top